2023 Hyundai Tucson Hybrid, Electric, Specs, & Redesign. One month ago, Hyundai confirmed the U.S. specifications for its new model. Yes, the 2023 Hyundai Tucson Plug-In Hybrid is happening and it will arrive later next year. The manufacturer will offer both hybrid and plug-in hybrid variants. These two models will be slightly larger than the regular gasoline-powered Tucson.

Tucson PHEV will rival models such as Honda CR-V Hybrid, Ford Escape Hybrid, and Toyota RAv4 Hybrid. We had an opportunity to see the new and more expressive design, along with some other things. Some things are still not unveiled but here’s everything you need to know about the new Tucson model.

New 2023 Hyundai Tucson Plug-In Hybrid will be able to tow 1,650 pounds without trailer brakes. With them, the towing capacity is rated at 2,000 pounds. Moreover, a Tucson car carries up to 225 pounds on roof rails. The fuel-efficiency figures are not available. 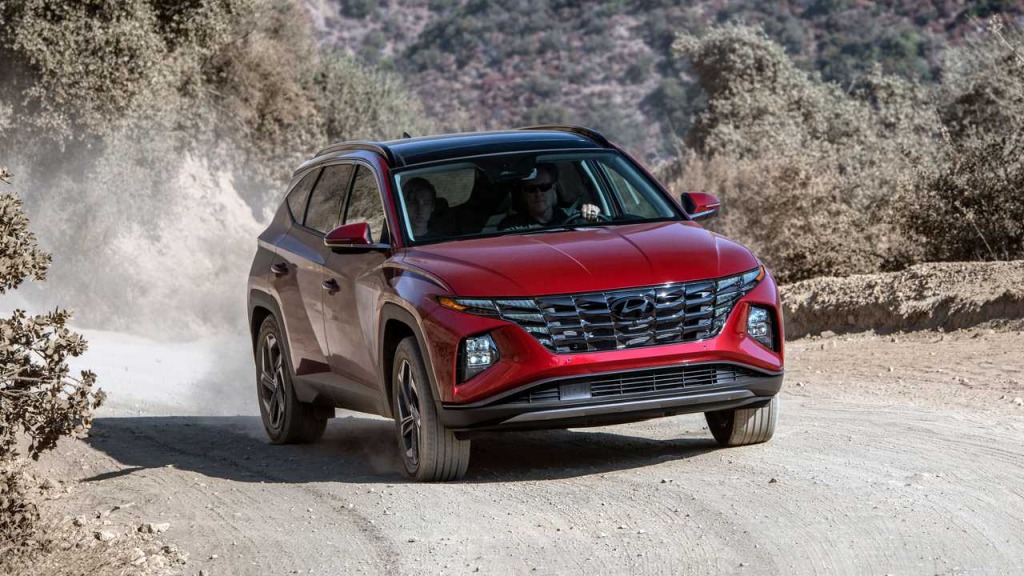 Hyundai says the hybrid versions are around 30% more efficient than the regular Tucson. For example, FWD Tucson delivers 28 mpg combined so the hybrid version will provide around 36 mpg. As for the PHEV variant, we’ll just have to wait for the official figures. Lastly, you can charge this model in two hours, using a 240V 7.2-kW onboard charger.

The upcoming 2023 Hyundai Tucson Plug-In Hybrid will deploy an e-motor setup. A 6-speed automatic transmission is available. This transmission comes with a clutch that will allow the engine to decouple from the motor and gearbox, allowing engine-off operation. This will provide a better all-electric range. Reportedly, Tucson will deliver around 28 miles of driving range. 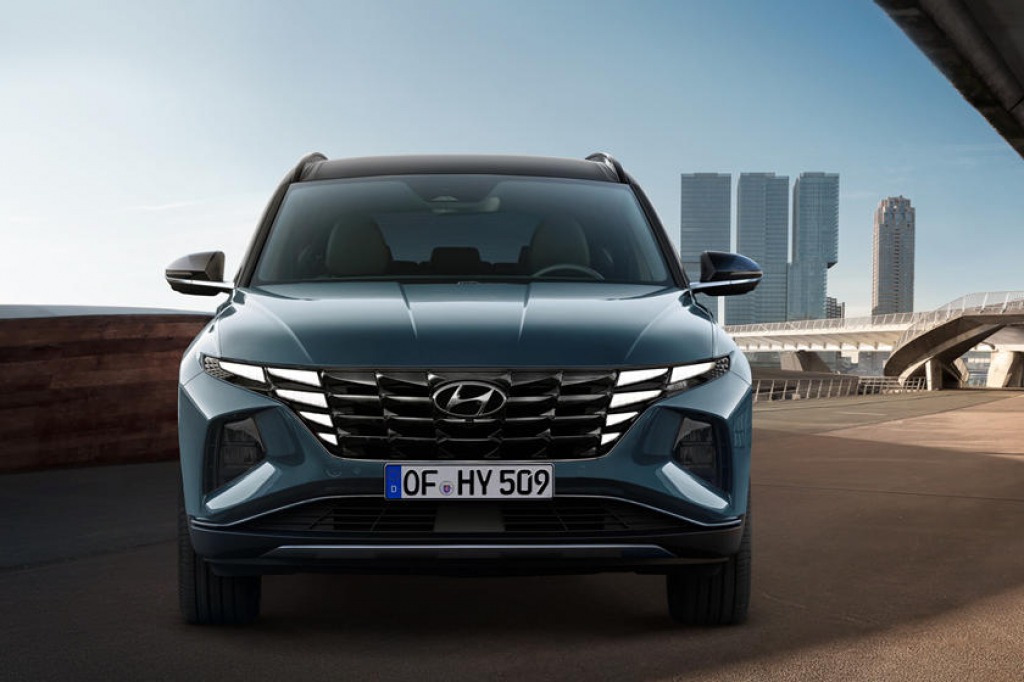 The manufacturer said the output will generate around 227 horsepower for the Hybrid and up to 261 horsepower for the PHEV variant. The electric motor in the hybrid version can produce 59 horses and 195 lb-ft of torque. On the other hand, Tucson Plug-In Hybrid comes with a 90-hp motor that also provides 224 lb-ft of twisting power. Both models are using the same 1.6-liter turbo-four engine with 180 hp and 195 lb-ft of torque.

The plug-in hybrid Tucson offers a bigger 13.8-kWh battery that runs at 360 volts. Unlike the rest of the Tucson lineup, hybrids are equipped with an AWD only. However, we are not talking about an added motor for the rear wheels. Instead, Hyundai will deploy an active on-demand system that sends most of the torque through the front wheels. The e-handling system is also available and it will enhance braking force, which also results in better stability.

Tech-wise, the new 2023 Hyundai Tucson Plug-In Hybrid will offer more stuff than the gasoline-powered model. For a start, a digital key system is available. This system is compatible with Android phones, but Hyundai also offers Apple CarPlay and wireless device charging. The manufacturer promised a full set of Blue Link services, which is great.

Right now, we don’t know if the trim level lineup will change. We know that Hyundai will offer new driver-assistance aids. Thanks to that, systems such as pedestrian detection, automatic emergency braking, and active lane control will be included.

This new model will be launched in the summer of 2022. However, the hybrid variant will reportedly arrive earlier, probably in spring 2022. The price of the 2023 Hyundai Tucson Plug-In Hybrid is not available yet but we assume you’ll have to pay between $5,000 and 10,000 over Tucson’s regular price.