New 2023 KIA Stinger USA Facelift, Redesign, and Latest News. The Korean Automaker, Kia, released the Stinger in early 2018 as their offering to the sports car market. In 2023, the company is releasing the Stinger with some changes that will surely make fans go wild. 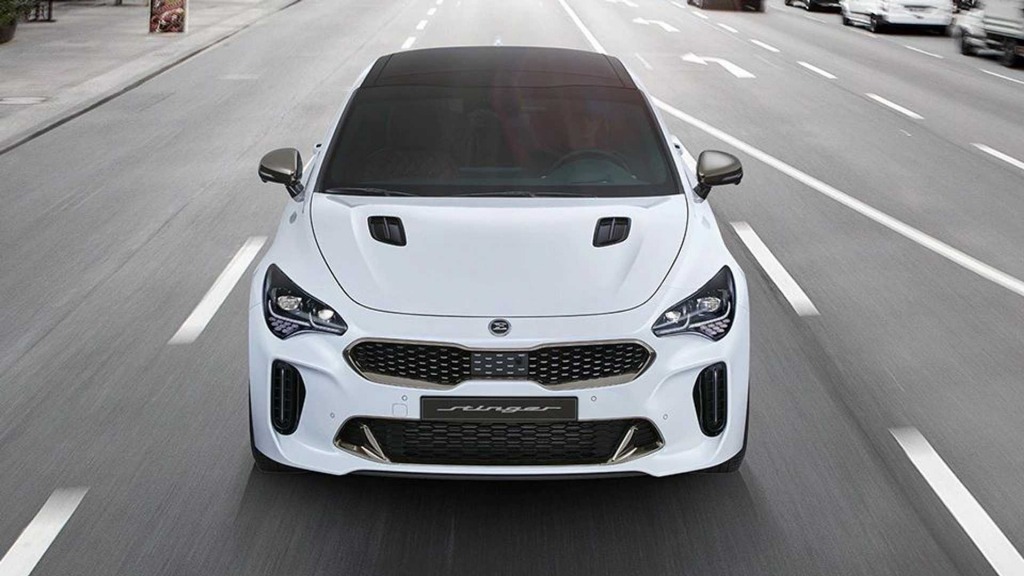 You’ll get more for your money because they are bringing a new base engine for the US model.

The changes are not only done in the car’s interior and exterior but under the hood. The increase in power using a larger and more muscular engine does come at an expense. Because they are bringing in a new turbocharged 2.5-liter four-cylinder base engine for the new U.S. base model, the new Kia Stinger will be more expensive. 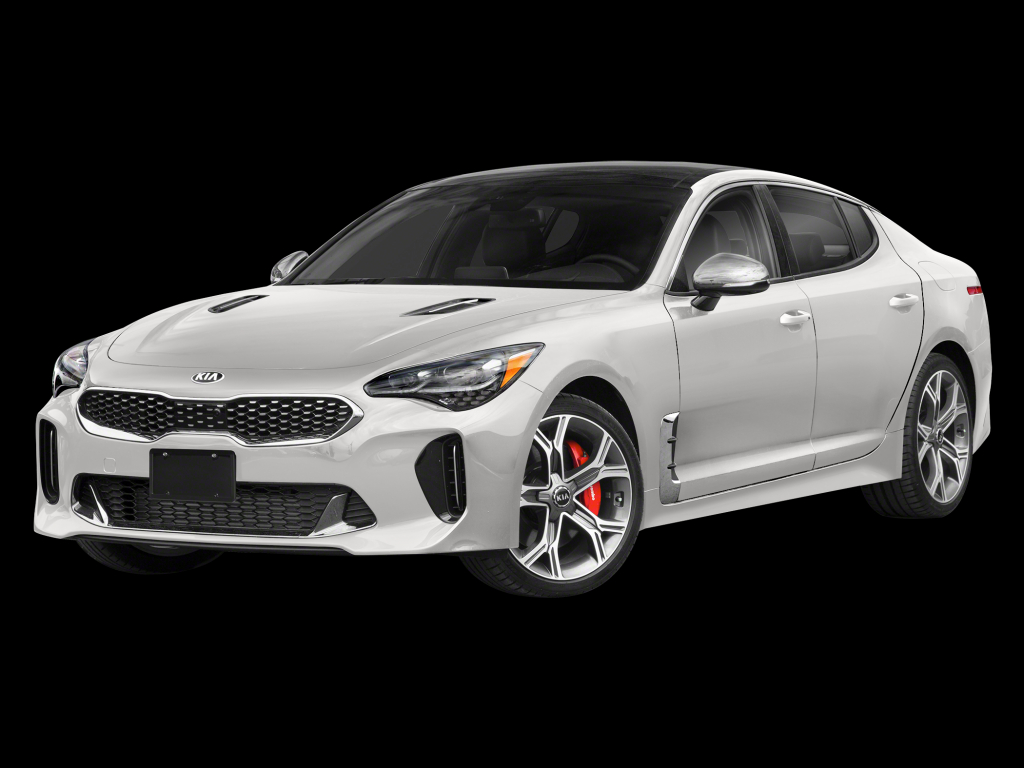 Globally, the two engines remain the same but are paired to an eight-speed automatic transmission. They retained the 3.3-liter engines for high-powered models with a new electronic exhaust valve system for a more pulse-raising sound. The transmission will remain an 8-speed automatic. Car buyers can choose from their rear-wheel or all-wheel drive. 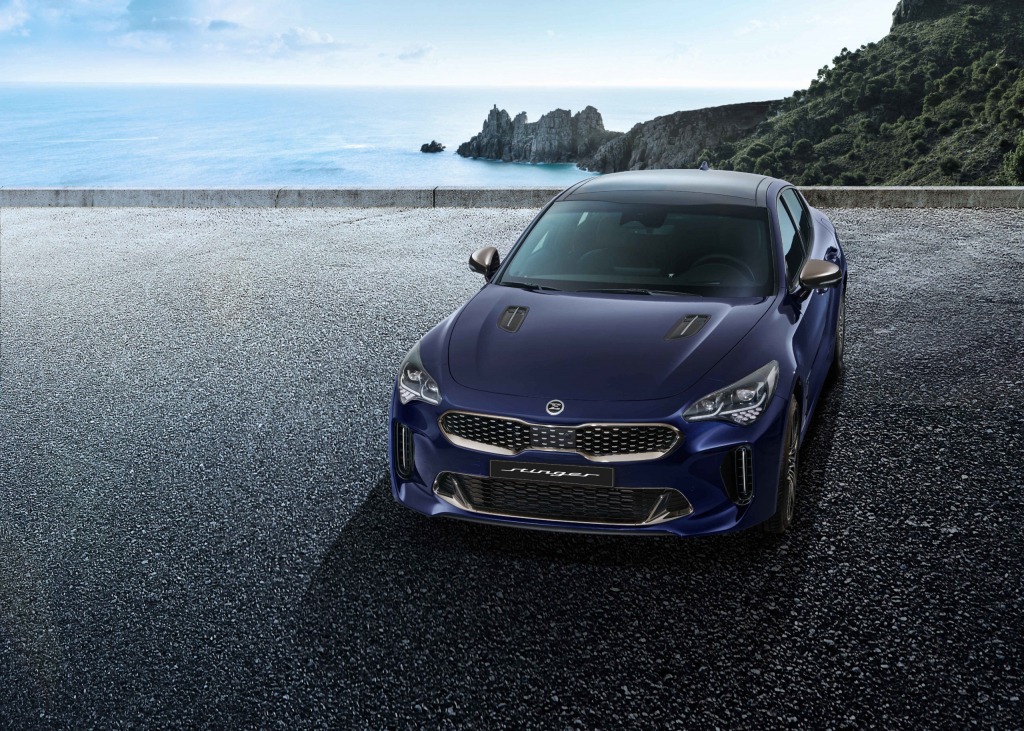 The eight-speed automatic transmission does not disappoint as it delivers quick shifts. According to Car and Driver’s auto blog review on Kia Stinger, this sedan has shown solid numbers during their track testing and it mastered straight-line speed.

The Korean automaker announced that they will do some cosmetic changes for their 2023 models.

Two new exterior packages and two options for wheels are offered for the new Stinger. The 18- and 19-inch in diameter wheel options aim to enhance the sporty personality of the sedan. The GTs have powerful Brembo brakes that provide quick stops. It is good to fit the high-performing sedan with nice all-season tires. Pair the nice new rim design on the Kia Stinger. You can purchase Toyo Proxes, Pirelli, Michelin, and other all-season tires from 4WheelOnline.

The exterior of the car gets some slight revisions– showcasing a fresher face as it’s designed with more LED lights than before. The front end is designed with a wider grille. You may notice that it is a trend that Kia has been executing throughout their lineup these days. The rear bumper gets a slight redesign with larger exhaust ports.

It has a roomier interior compared to its Genesis G70 competitor. It also has a larger cargo hold that allows you to put more stuff in. The hatchback liftgate is created with a fastback roofline, creating an overall sleeker appearance.

This car ensures passenger safety and coveted a five-star rating. It is made with supportive safety technologies that help lower the risk of an accident on the road. To make backing up more secure, it has a rear cross-traffic alert built into the system that shows a live image of what’s in your blind spot. It has a departure warning system upgraded to lane-keeping assist to keep the car centered in the lane.

Kia updated the materials of the Stinger and added impressive stuff such as a bigger touchscreen display for infotainment. They replaced the physical dials in favor of a fully digital display. The new infotainment system is bigger compared to the older version. The new tech also includes a safe-exit warning system that alerts the passengers of approaching traffic when the door is opened.

The Stinger also boasts an impressive Harman Kardon audio system. It includes premium speakers which help create a satisfying music-listening atmosphere. It also provides a powerful sound with its amplifier.

Other goodies include new leather and quilting designs in the interior, additional interior ambient lighting, as well as built-in key fob remote start. The high-powered GT1 and GT2 models are nearly identical from a mechanical standpoint. But the step up from GT1 is the upgraded sound system, electronically controlled suspension, memory driver’s seat, and ventilated front seats.

Does the luxury Kia do sting? Or is it more of a little prick? Will this sporty GT convince us that it is a worthy performance machine despite the expensive price?

For drivers who have a passion for changing gears and loves to drive stick, the Stinger isn’t for you because there’s no manual transmission available. The rear-drive, four-cylinder new model has the highest estimated fuel economy with EPA ratings of 22 mpg for city driving and 32 mpg for highway. While their twin-turbo V6 all-wheel-drive is potent, it tends to drop the car’s fuel economy. It estimates to 17 mpg for city and 24 mpg for highway driving. It has a feature that learns your driving style and adapts to it.

Kia wasn’t joking when they decided to put a new engine in their 2023 Stinger US model. Five settings control the car’s engine, ride, and steering response. To save gas, the ‘Eco’ mode stifles all responses. Do take note though, the effects of this driving mode are too subtle. The ‘Sport’ mode can stiffen the suspension and makes the steering slightly heavier. But the Sport and Sport Plus modes are great to use because it puts up with the steering weight for more effusive powertrain and tighter body control.

Let us compare the 2021 Kia Stinger features with the 2023 refresh model:

Expect thousands of dollars increase over the base price of previous year models since they replaced the old 2.0-liter engine.

For all the year models, Kia has retained an 8-speed transmission. The 2021 base model only has a 2.0 liter turbocharged 4-cylinder producing 255 horsepower. The 2023 base model boasts a better engine than before with a 2.5-liter turbo-four producing 300 horsepower.

The 3.3-liter engines from older models have been retained but the 2023 high-powered Kia Stinger models come with a new electronic exhaust valve system.

For the exterior, the 2023 models get updated wheel designs, a power-adjustable steering column, ventilated front seats, and larger exhaust tips. Just like the older models, it has the sunroof and navigation but you can still keep the price below the $50,000 mark.

The car has new exterior lighting elements with automatic high-beam headlamps and LED daytime running lights. The taillights of the Stinger are now made with more LEDs than the previous version. The rear-facing turn signals may seem like a checkered flag, while the headlights have been redesigned to give them a sharper look.

For the interior, the lower section of the steering wheel is restyled with a new finish. It has a chrome bezel that surrounds the dashboard cluster. You can choose from carbon fiber or aluminum trim for the center console.

Kia has an infotainment system called UVO. The 2021 models only have a 7-inch display. For the new model, 8- or 10.3-inch touchscreen are available and they replaced the physical dials with useful physical buttons.

Those who are interested in owning a new Stinger will have a standard six-speaker stereo system. You can upgrade to a 15-speaker Harman Kardon stereo system, as well as other tech upgrades like wireless smartphone charging pad and in-dash navigation.

Does it sting the competition?

The Kia Stinger aims to challenge the automotive elites as it drives well enough to be taken seriously. This car also looks interesting enough to stand out and built well enough to justify the high price tag. It competes with luxury-leaning performance sedans such as the BMW 3-Series, the Genesis G70, as well as the German rivals like Audi A6, and the Mercedes-Benz C-Class.

This performance-oriented car is built with an impressive new design and packed with nice features. Kia offers a premium look and feel– making it a great option for sports car enthusiasts on a budget. However, many car buyers do not recognize Kia as a premium automotive brand. For some people, their cabin trimmings seems slightly less luxurious if compared to its rivals.

The Korean automaker has a reputation of being an economic brand. Some car shoppers might even think that European automakers have more prestige than Kia. Although they offer some impressive high-end models, some people still do not view it as a top luxury brand. Certain European automotive brands hold an advantage over Kia when it comes to a reputation for superiority.

The blame lies with the market and not with the product if Kia can not sell enough to justify the Stinger’s existence beyond a first-generation. Their European market only sold 10,000 units since the launch three years ago. Numbers could have been better but it is affected by the overall decrease in sedan sales, as well as the customer shift to pickup trucks and SUVs.

The company has facelifted the Stinger for the US market but will it live up to the expectations in terms of sales? They are hoping for better sales in the North American market. Because they had projected it to be the most successful market for Stinger, their expectation is high.

The Stinger is a cool car with tremendous value that deserves more cred. Because of the Korean automaker’s badge, people may be hesitant. But this flagship car is competitive enough to race with their rivals. Kia has added impressive car parts to prove that it’s a worthy, sporty, powerful car for the US market.

Car buyers should look forward to its changes, starting from the interior, exterior, up to the effort to change the powertrain to please the US market. The Kia Stinger is safety-equipped, making it a nice vehicle for small families or a reliable one for daily driving.

The Stinger’s mission is right there in its name. The goal is to deliver an excellent ride-and-handling balance, as well as outstanding acceleration in its crisp, practical body. Kia wants you to focus more on the driving experience of their car. This five-door liftback has a fighting chance beyond its sedan-market competitors.